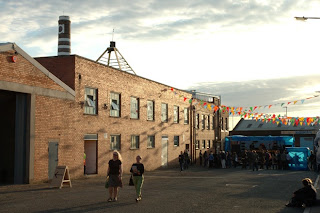 The A Foundation welcomes its guests; Artists Anonymous, Bloomberg New Contemporaries 2008, Far West Metro, Fantasy Studio Project and Manuel Vason and extends it's welcome to our audience for whom all this has been orchestrated.

Like Artists Anonymous, we are archeologists of surface information and believe in the power of spaces to locate communication. In the words of Jeremy Hillary Boop Ph.D, as we juggle a few theories of the existential type about blackholes and the economics of representation, "Ad hoc, ad loc and quid pro quo. So little time - so much to know."

So on we go - treading a radical margin between inside and outside; following the purloined line of letters escaped from copied manifestos. The mantra of participation we hold close can be found in the Situationist Manifesto as a weapon that mobilises us against the spectacle. We'll leave it for you to decide if that's an ironic position to occupy in 2008 as Liverpool celebrates its year as Capital of Culture.

We are hosting a number of events during the biennial including REALISING OurSpace- The Digital Future and Visual Arts organised by VAGA on the 26th September.
www.vaga.co.uk

Posted by afoundation at 7:05 AM