Lars Laumann makes video essays about people and their complex interior worlds. He points at their strangeness, separateness and need to connect. He explores collisions of individuals, cultures, ways of life and systems of belief. Combining elements of documentary with fiction, poetry and myth, he creates extraordinary stories that plunge us into the lives of his subjects.

Lars Laumann has been commissioned by Open Eye Gallery and Liverpool Biennial to make a new work - a 45-minute video titled Helen Keller and the great purging bonfire of books and unpublished manuscripts illuminating the dark)'. It uses a range of techniques and approaches to explore filmic and literary adaptation, multiple narratives, censorship and the burning of books. The first part looks at the story of Helen Keller. Born in Alabama in 1880, Keller was an author, lecturer and political activist; she was also blind and deaf. 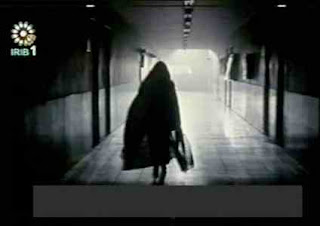 It uses found footage from an Iranian adaptation of J. D. Salinger's 1963 novelette Franny and Zooey to tell the story of Helen Keller's banned books. The second part looks at a 1960s adaptation of the Swedish author Selma Lagerløf's novel The Wonderful Adventures of Nils. Published early in the 20th century, the novel tells the story of Sweden's history and geography, but excludes an area in the south west called Halland; many believe this was because the author saw it as 'racially impure'. The video's central theme is censorship: Lagerløf 'censored' Halland; Keller was censored for political reasons and accused of plagiarism; Salinger 'censored' himself - he continued to write but did not publish after 1964, and refused all adaptations of his work.

The new commission will be exhibited alongside two existing video works: 'Duett', 2010 and 'Morrissey Foretelling the Death of Diana', 2006

Posted by afoundation at 8:54 AM