Like Love Parts One & Two
Sonia Boyce, pioneer in the Black British cultural renaissance of the 1980s returns to the Bluecoat 25 years after first exhibiting here with new work Like Love Parts One & Two including a collaboration with Blue Room and Action her selection of emerging artists Beverley Bennett, Appau Boayke-Yiadom, Robin Deacon and Grace Ndiritu.

Artistic Director at the Bluecoat, Bryan Biggs said: “It’s great to have Sonia back at the Bluecoat 25 years after her first exhibition here, Black Skin/Bluecoat. And we are delighted that our Blue Room participants have had the opportunity to work with an artist of her calibre. The end result promises to be an exciting, collaborative piece of art.”


Sonia said: “I am no longer the central attention in the work I make. Increasingly over the past decade, I have involved the participation of other people. I usually ask them to perform for me and use their responses as the basis for the artworks. Like Love is about my engagement with two communities: a school for young parents in Bristol, and an art group that meets weekly at the Bluecoat consisting of adults with learning difficulties and their carers. In both instances I have used their words and their actions. 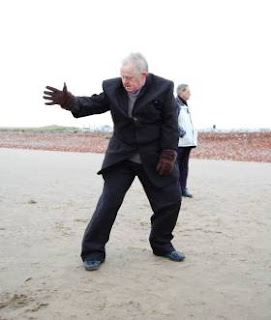 “The Action exhibition I am curating allows me to explore my own concerns about the depictions of performative actions in art. And with the four artists I have chosen, the object of their attention is not on depicting themselves.
“For example, Beverley Bennett’s subtle artworks become evidence of her interaction with the medium of drawing and then the audience becomes witness.”

Grace Ndiritu’s films are also about presence and absence . In Journey’s North, we hear her throat singing whilst viewing breath-taking views of the North Pole. Pointing the camera north, south, east and west, the artist is pivotal, yet unseen.

Robin Deacon visited New York to find out more about the work of Stuart Sherman, a Jewish, gay, 1970s artist, whose performances consisted of engaging with everyday objects. These formalist actions were a formative influence on Deacon, to such an extent that he has been re-constructing them as part of his work.

Finally, Appau Boayke-Yiadom’s sculptural installations and films are witty and elegant portrayals of objects performing. Yet quietly, under the surface of these highly formal exercises, lie references to black culture – wooden carvings and rolling watermelons, suggesting that the ‘Afro Modern’ is complex, alive and kicking.

Seth Price's Rejected or Unused Clips, Arranged in Order of Importance (2003) is a composition of visual and audio elements purportedly abandoned by the artist during the production of other works.

In Aleksandra Domanovic's Anhedonia* the audio content from Woody Allen's Annie Hall (1977) (a film with next to no incidental music) is superimposed onto stock still and moving images from the Getty Images archive.

Marjolijn Dijkman's Wandering through the Future (2007) is an hour-long compilation of cinematic depictions of the future.

Quad (1981) is a movement play described simply by its author Samuel Beckett as 'a piece for four players, light and percussion'. Quad follows a strict geometric code - four individuals shifting around a defined area according to a set pattern and accompanied by percussion.

Posted by afoundation at 9:34 AM No comments:

Daniel Bozhkov in conversation at the Bluecoat Arts Centre

“Levity behind the buoyancy.” This is a congregation of two terms that are oxymoronic next to each other. In some of my work there is that initial, not drive, but outcome that has to do with deflation of power. There are power structures and particular power conglomerates around us. I don’t necessarily mean power of the state but, for instance, the power of meaning to crystallize and not allow any other interpretation. It seems to me that I have an impetus to deflate that. Sometimes, in a very profound situation of deep sadness, there’s even more room, something really ridiculous seems to be part of it too. This extra space, this possibility for another turn, has something to do with the power of oxymoron. 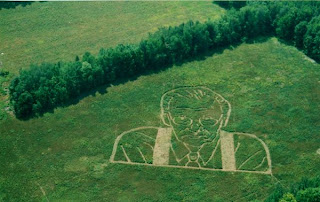 There is an absurd side of the ‘necessity for existence.’ On one level, everything that exists justifies its own existence — it exists because it does. The fact that it’s there proves that it needs to be there. On another level, the whole system of trying to understanding this is completely absurd. In the most serious questions of life and death there is not only dark, but an absurd and ridiculous side as well.“ 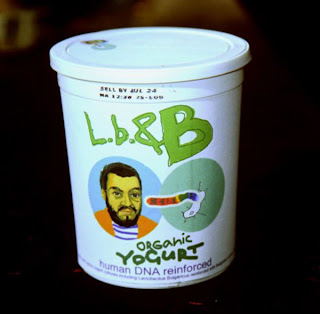 Posted by afoundation at 8:12 AM 2 comments:

If You Could Collaborate

Providing a platform for some of the finest designers and illustrators practising in the world today, If You Could Collaborate is this year's project by If You Could.

If You Could is the self initiated project of London art directors Will Hudson and Alex Bec. Working with established designers and illustrators as well as exciting emerging talent we produce work for publishing, exhibitions and events. If You Could has been featured in international design and style press including Creative Review, Grafik, Design Week, Computer Arts, Wonderland Magazine. 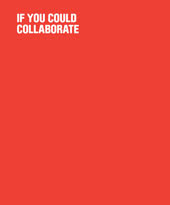 The If You Could Collaborate exhibition will feature the artwork produced by all 33 pairings at the A Foundation Gallery, Rochelle School in London. The work ranges from classic framed pieces, to more ambitious, experimental sculpture, film and installation. Alongside the exhibition is an accompanying catalogue, comprehensively charting the process each individual project shown at the show over 312 pages. Included are sketches and workings of the creatives involved, as well as a final representation of the piece they will be exhibiting. The catalogue is published by It’s Nice That in an edition of 1,500. 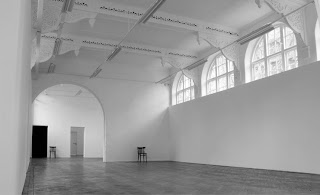 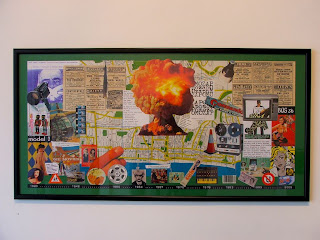 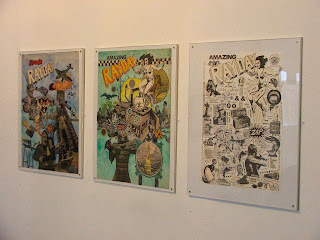