Seeing his role as "inducing the field," the artist often adapts the strategies of political action in his work, creating scenarios that cause a stir among otherwise passive participants and documenting their actual reactions. His work frequently explores long-term trauma caused by historical and sociopolitical events. While his projects sometimes focus on marginalized or disenfranchised populations, Żmijewski is also interested in what he terms the “dominant state of mind,” widely held popular beliefs and attitudes that shape “common reality.” 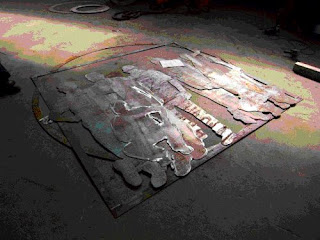 Żmijewski’s gaze is anthropological, distanced and occasionally passive-aggressive. In Belfast, a girl at a unionist festival speaks into the camera to tell the artist to ‘fuck off back to Poland.’ Żmijewski says nothing, but follows her down the street, the girl turning around and repeating her message, becoming more confused each time. ‘Do you not understand? Fuck off back to where you came from.’ The discussion ends after Żmijewski’s camera catches sight of a young boy standing in the middle of the street, listlessly hitting a drum, one beat at a time. 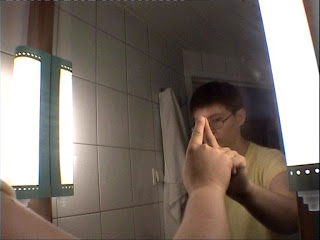 Żmijewski is an active member of the Polish political movement Krytyka Polityczna, and the artistic director of their self-titled magazine. His new work appears more realist and more directly political than some of his work from the past, yet in other ways might be read as less engaged. In ‘Democracies’, Żmijewski no longer appears interested in constructing situations, as he was in his confrontation-staging video Them (2007), but instead simply in recording them. Time will tell whether this is a permanent change of direction, or a tactical detour. 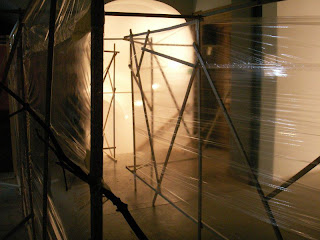 Żmijewski is in Liverpool working on his first British commission at A Foundation (due to be shown in June 2010) and will have his first major solo UK exhibition at Cornerhouse, Manchester, opening 12 November. Sebastian Cichocki is an art critic, essayist, curator and sociologist who is currently chief curator of the Museum of Modern Art in Warsaw.

Artur Żmijewski's exhibition, commission and related events are a partnership between A Foundation, Cornerhouse and The Salford Restoration Office.

Posted by afoundation at 2:18 PM