They have built a collective conversation about the exhibition : they have entered a “domino” game. The first curator and instigator of it has selected a work and sent it to a second curator who, in return, has answered with another artwork. The third curator has reacted to the two artworks, adding one of his choice, and so on until twelwe artworks have been chosen by the twelve curators. Thus each of them has answered, completed and orientated the group exhibition which looks like a sentence for which each participant has added a word. They have all agreed to remain anonymous, and none of them (but for the instigator) knows who has been solicited. 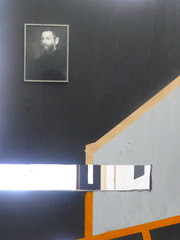 The product of a curatorial exercise that should be tackled by all aspiring students in the field, this exhibition begins with a premise of anonymity. An unnamed curator kicked off the process by choosing a work—in this case, Bethan Huws’s word vitrine Untitled (Quoi de neuf?) (What’s New?), 2008—as well as the next curator in the sequence. That curator then chose a work based on the previous selection, as well as another curator to follow in the chain, and so on, until twelve works were selected. 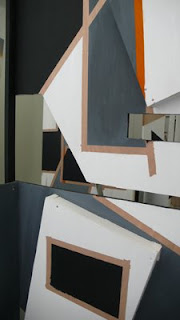 One of the curators declares: “I like the idea of the tension and exchange between the single foregrounded work and the overfilled, storage-like picture of the rear-space. Also the dialogue and the alternation of the works isolated and staged exclusively, like a flow of ideas in a very long sentence must be really interesting to follow and analyse the decisions behind the choice of them. That’s why I decided to participate.”