Clusterfuck is a term used to describe a particular kind of catch 22 in which multiple complicated problems mutually interfere with each other's solution. Nomad's latest project sets out to explore the relationship between public spaces and contemporary approaches to exhibition and performance. Four artists with diverging practices have been asked to collaborate on a project that embraces hybrid authorship, a relational mess for both artists and audience to navigate. Clusterfuck is a zone that asks to be inhabited, an interdeterminacy encouraging new readings and perceptions. 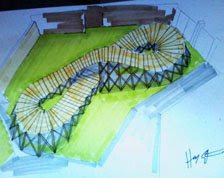 Stephen Cornford is a sculptor working with music, sound and noise. He studied at Slade School of Fine Art before recently completing a Masters in Time-Based Arts Practices at Dartington College of Arts. His principal materials are musical instruments and audio technologies, which he treats with a disregard for their normal function in an effort to forget their iconography and focus on their physicality.
www.scrawn.co.uk 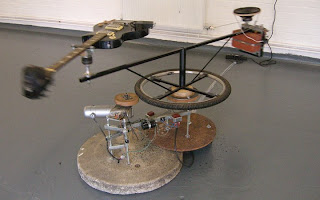 Nathan Parker is a London based artist who graduated from an MFA at the Slade in 2002, working predominantly in video, installation, sculpture and set design. Parker's work explores various archetypes and tropes found in fairy tales, Norse mythology, ritual, fetishism and contemporary music.

Tai Shani's fantastical and dreamlike performances are produced with an economy of expression that nevertheless continually teeters on the brink of ecstatic vision. 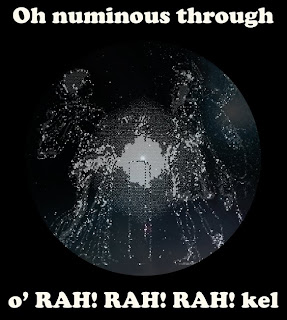 Lundahl and Seitl will present a site specific performance of My Voice Shall Now Come From the Other Side of the Room.

My Voice Shall Now Come From the Other Side of the Room is a ten minute, one on one performance of choreographed movement and touch, which brings the visitor into gentle confrontation with their physical bodies and their own self-monitoring processes. The visitor is as much a performer as the performers themselves within this work, which represents a decisive shift in Lundahl & Seitl's practice. 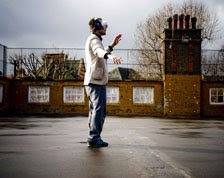 To close their presentation of My Voice... at A Foundation London, Lundahl and Seitl will discuss this performance work in relation to their wider practice, with art writer Gemma Sharpe. For the last two years the artists have been working with Gemma Sharpe, a collaboration which recently culminated in the co-writing and production of a radio work, after the event, a story, commissioned by art writing platform 'antepress' for Resonance FM.
www.lundahl-seitl.com

Posted by afoundation at 4:41 AM