Saturday 25th September 2010
Artist Antti Laitinen invites the public to join him for a launching party to witness the first and possibly final voyage of the vessel he has made in Liverpool from ancient bark collected from the forest floor in Finland. The vessel will be transported from A Foundation to the Canoe Club at 110 Mariners Wharf, Queens Dock, l3 4dg. There it will be launched on the high tide and will endeavour to navigate the River Mersey. 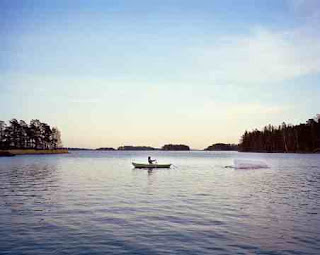 A Voyage across the Mersey.
He will also present a new commission for the Liverpool Biennial. This new work will be the building of a vessel in the gallery of A Foundation Liverpool and an inaugural voyage. The Bark is a boat made from ancient bark collected from the floor of the forest. It has both metaphorical and material qualities. It can transport us from the place of origin to somewhere else far away. In this story the bark will be transported by boat from Finland to England and then made into a vessel that will transport the artist on a voyage across the Mersey. 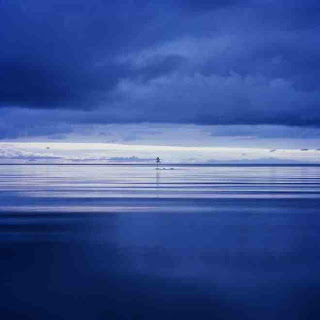 works across idioms of performance, video and photography in a collective mission to stage mythologies and erase the boundary between success and failure through a trajectory of personal endurance and almost delusional imagination. Laitinen takes us beyond the normal realms of the world into a new reality at once both innocent and yet haunted by the knowledge of our contemporary ecological crisis. He encapsulates an artistic vision that explores the imperfect resolution of the world when faced with the sublime limits of our imagination. 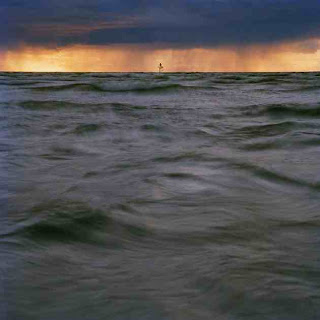 He says of his work: “It is more important to struggle for your dreams than succeeding in them.” The crtitic Peter Suchin suggests; “The term “authentic” is so deeply embedded in the ideology of the artist that to suggest Laitinen moves away from the special world that this word implies may seem to some a heretical assertion. It is, rather, a point of criticality to raise questions around received ideas about art and the special status of the artist, and in this respect Laitinin’s work is, surprisingly, a type of realism. The more absurd it looks, the more real, in a certain sense, it is, a man like any other man carrying out in a painstaking fashion extremely demanding tasks.” 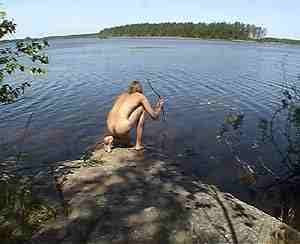 For A Foundation Laitinen will present a survey of keys works from the last decade of his performances including, the It’s My Island trilogy, Bare Necessities, Untitled and Walk the Line among others. 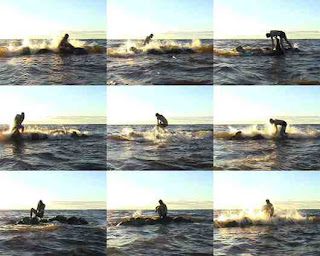 Posted by afoundation at 5:12 AM

Finland Represented by Four Artists at The 2010 Liverpool Biennial


Antti Laitinen works across idioms of performance, video and photography. His work has been described as innocent yet bound in his own type of realism and celebrating the absurd. For A Foundation Laitinen presents a survey of key works from the last decade of his performances, including the It’s My Island trilogy, Bare Necessities, Untitled and Walk the Line, as well as a new commission for Touched, The Bark.


Kaarina Kaikkonen creates site-specific installations in both interior and exterior spaces using old pieces of clothing or shoes collected from local donors. In her new project for the Biennial, Kaikkonen collects second-hand clothing from individuals of all ages from around the Liverpool city region, and installs them in FACT’s public atrium. The maternal act of doing laundry can be understood as a basic symbol of healing, care and unconditional love – the tender care a mother devotes to washing dirty clothes for her family.


Johanna Lecklin is one of the eight artists chosen for NICE’s Nordic Pavilion to find inspiration from urban landscapes, social environments, identities, rhythms in movement and fetishised commodities. Lecklin is setting up her The Story Café project at the Nordic Pavilion. Story Cafe has travelled and been delivered in 11 locations and seven countries to date. Visitors are able to record their own stories, which are archived and presented in the café, but are also able to view past participants’ stories that have been dramatised by Johanna to create new narratives.


Jani Ruscica presents his work Parallel Acts as part of the international Touched exhibition curated by NLE, Asher Remy-Toledo and Berta Sichel. The core of the Parallel Acts exhibition consists of a film Beginning an Ending, where seven persons reveal their thoughts about the future.

As we’re deep in the throes of the Great Recession however, I did find a few notable exceptions. It wasn’t until the end of the exhibits, beyond the monotonous middle bit, that I reached Antti Laitinen’s “It’s My Island” (video documentations). His performance is an absurd construction of an island made of sandbags, which, when “finished”, Laitinen attempts to row away with. Presumably to a better class of sea water. This is the stuff of dreams, and it could easily be made into animation. It was suggested by one critic, Peter Suchin, that Laitinen’s work is essentially realism; which I agree with. Some poor slob on an assembly line making widgets, or in a cubicle performing “marketing”, probably has some sympathy with Laitinen’s condition. This is art for all of us, from the Wall Street Banker to the Chinese toy maker, we can all get our head around the absurdity of doing something for what may or may not be a pointless end. Thanks Antti Laitinen for dispatching gonzo to the rest of us on our somewhat larger, if not more secure, island.