For the Sake of the Image investigates the reciprocal relationship between moving image and sound, considering sound not merely as an accompaniment to the moving image but exploring how the force of one multiplies the power of the other. 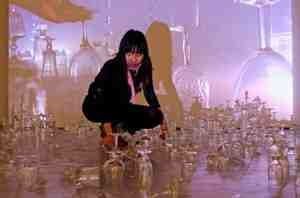 ‘The use of sound defines space. It constructs places and narratives that are not necessarily seen. Combined with moving images, sound initiates a particular kind of encounter between the audience and the artwork. From the use of emotive sounds that assist to transport the viewer to a personal space, to incidental sounds which grounds the experience, sound exposes the physicality of the medium or the framework in which the artwork is presented’ Suki Chan, Curator, For the Sake of the Image.

Posted by afoundation at 6:03 AM