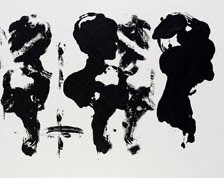 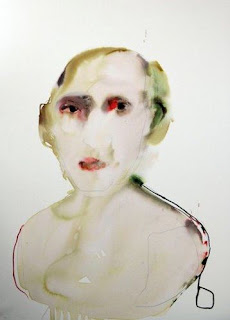 Solo exhibition of New Work by American-born artist Whitney McVeigh, curated by Sotiris Kyriacou showcasing a selection of monoprints, collages and works on found paper. A catalogue with text by JJ Charlesworth will accompany the exhibition. 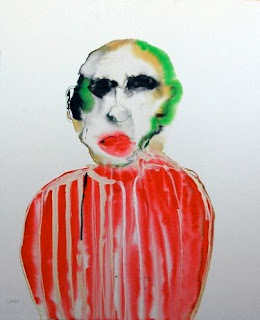 But perhaps the bodies in McVeigh’s works should really be called ‘figures’. What, then, is the difference between an image of a body and an image of a ‘figure’? If nothing else, this has something to do with what we understand a human being to be, as distinct from a human body. With McVeigh’s work, I’m preoccupied with the distinction between a body and somebody; between the mass of flesh and bones that makes up each of us, and the presence of thinking, living, communicating beings that are this thing we call human, which can’t simply be reduced to just a heap of dumb matter. In her monochrome works, it’s as if this distinction is the only thing that matters in the world.