Alevino Sala : I am interested in the communication of ideas in public spaces as a way of making people rethink, deconstruct their lives and the society in which we live with the paradoxes and contradictions, working in the streets is very lively, it has realism. 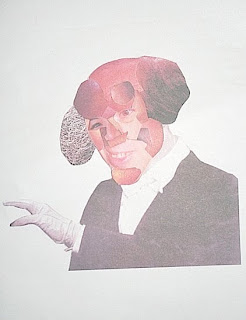 Democracia: On many occasions our work has been connected to urban spaces. in these cases we try to be aware of the context. beyond the urban or formal considerations, we are interested in the social context, in the communities and their memories. recently we worked the streets of Cartagena, in South East Spain, starting with the strong presence of the immigrant Moroccan community. The project was aimed at that community - we intervened in the city through big billboards with political messages written in Arabic. This meant Moroccan people could understand them but not the native Spanish who on the other hand, would be made aware of the presence of another community, culturally and socially different and in the heart of city life. In this way some distrust was manifested from the Spanish side that smacks of racism and latent paranoia. 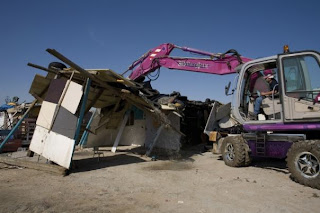 Elena Bajo: My work is generated by informative found and researched in urban spaces, historical, social, political and personal. I don't conceive of my practice without the urban element, whether on the scale of cities or on a microscale. This zooming in and out is part of investigation. the space of the city and everyday life contain the basic materials I need to establish the dynamics of the work. This is expanded into an internal dialogue, a variety of discourses then become embedded in the work and an open dialogue a developed between the viewer and the place. 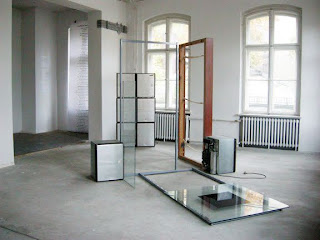 Josechu Dávila: Urban space doesn't directly effect my work and it's not a terrain which I'm specifically interested in however, as it is my natural habitat it has been an important element of reference and medium for most of my works. In the piece "You Are My Artwork" (2004) after selecting an urban rectangle in Madrid of 480 x 937 m2 as an artwork, the thirty six thousand seven hundred and twenty people who lived in that area were informed they were part of an artwork. Each notification with the measurements proportioned to the urban rectangle corresponded to a slip numbered identically that recreated the same rectangle inside the art gallery where the project was presented. In the end, the installation suggested an atemporality reflected in a commitment of passing these notification slips to the past and future inhabitants of the rectangle.

Jacobo Castellano: I have never worked directly on the street, so this project is a challenge. It is true some that some of my projects have been associated with the exploration of private spaces, particularly in some of the houses where I used to live. In those houses I recovered objects with a personal and to some extent, collective memory. In this situation I plan to engage the street with a similar approach; as an explorer in search of strange objects or sounds that will situate me in the space. 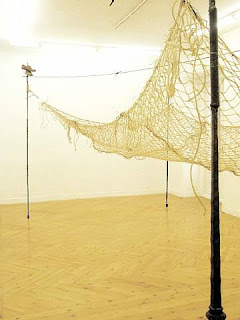 Maider López: My projects are made with specific spaces in mind and the context is the starting point for the development of the project. The ideas grows from the experience of the city and how people live and enjoy public space. 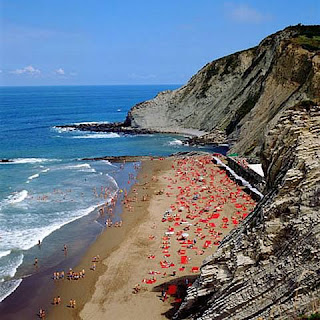 PSJM: We always work with urban space regarding it as public space that includes mass media too, such as advertising. T.V., internet and the like. Actually our work is inspired by socio-commercial behaviours which wholly belong to society. We focus on the industrialised cartography, in the sense that we play with signs that mark the city and produce meaning for us urban cartography is a point of departure and a destination at the same time.

Read the rest of this interview and more in the Autumn edition of The A Bulletin, available at the A Foundation galleries and at selected bookshops and art spaces.