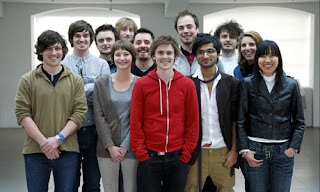 As they came to choose a longlist of 12, however, the judges grew increasingly suspicious, and began to question the intentions of the artists, rather than the work itself. "You definitely seem like a real artist," said Collings to one hopeful, as if their task was to sniff out the dental hygienist hiding among the conceptualists. 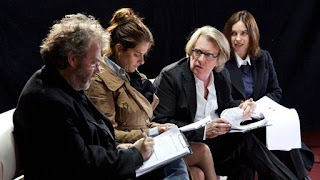 The four judges are Tracey Emin, Kate Bush (not that one, the curator one), critic Matthew Collings and collector Frank Cohen, here described as "the Saatchi of the north". 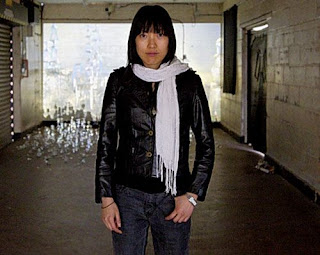 Some of the art was undoubtedly good: Suki Chan's video of starlings flocking was beautiful and accomplished; Matt Clark's creepy installation was inventive and surprising. 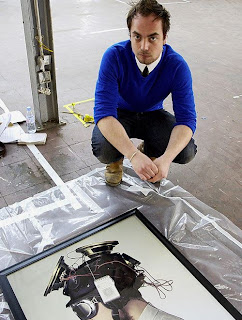 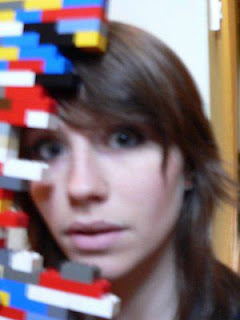 But the judges repeatedly asked the artists "Why is it art?" Why should artists have to explain themselves? Does good work become less good when its creator fails to present a convincing case? 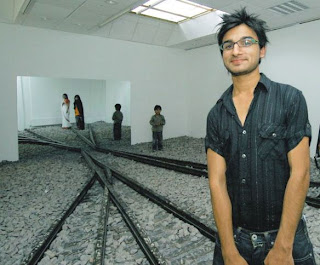 Saatchi's pronouncements are instead relayed to the judges by Rebecca Wilson, who works for him and who may or may not resent her role as a sort of Charlie's Angel, taking his orders over the phone. 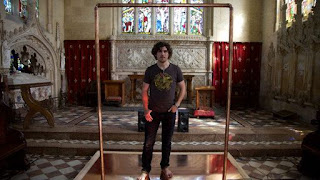 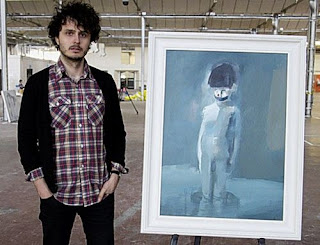 Initially, the judges acted with the kind of rigour we might imagine is largely missing from the art world: the guy who crumpled up two emails and put them on a table was quickly dismissed, as was the bloke who copied out War and Peace in longhand. Emin called one artist's explication of his arrangement of folding chairs "the biggest load of bullshit I've ever heard in my life". Tim Dowling

Posted by afoundation at 1:18 PM

This show confirmed the suspicions of the public at large about art and bullshit. Other comments such as the judges, '"Hmmm that was a good explanation," appeared to suggest that if you could provide a good justification that somehow the bullshit you were capable of spouting was bigger than what you could see before you. A fascinating but hugely infuriating programme. For me, it totally laid bare the machinations of the money men and what is currently the art scene. Even the judges that could smell the coffee somehow put aside their feelings when confronted with the possibility of conflicting with Saatchi who was bankrolling this whole exercise. Deeply suspect! I bet the housing association residents are kicking themselves now that they didn't charge the public a tenner a go to look at the impaled tree. Did anyone passing it by on the bus realise that they were looking at the world in a different light or that this was challenging them to respond in unexpected ways? Did it engage them? You get my drift. From Bemused of West London

Five weeks ago I bet a colleague that if Eugene didn't win I knew nothing about the art world! Unfortunately it gave me absolutely no pleasure to collect the £50.0. I felt sick.

The fact remains that these very poorly educated (at taxpayers expense I may add) circus stunt merchants know little about the actual purpose of fine art, which is exactly what the man needs to have fed the rotten and insatiable appetite of the advertising industry for the past twenty years. If you make the art world into your own industrial conceptual art image and likeness and it turns out a rotten stinking sour mess who can you blame? - You would think someone should have told him! but then why should the sycophants that surround him even bother. I would love to have seen his real disappointment at the quality of the artists final works. In the Hermitage no less! Its just that the rest of us are constantly informed that we are stupid, it might be that we really know much more than they suspect. God help the UK if the man has anything to do with the 2012 cultural Olympics!