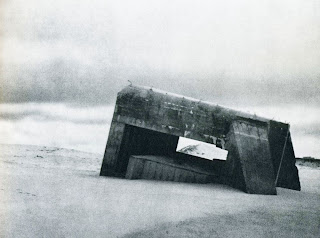 Back in print after nearly a decade: Paul Virilio’s Bunker Archeology, originally published in French in 1975 after appearing in an exhibition at the Pompidou Center. (The first English edition came out in 1994.) The urban theorist presents his 124 duotones of abandoned World War II–era German bunkers along the coast of France and muses on oppression, destruction, and the notion of fortress.
Princeton Architectural Press. papress.com 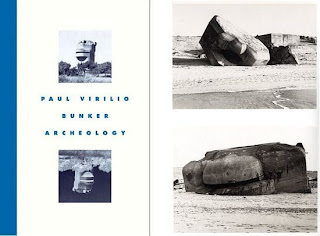 Paul Virilio, born in 1932 in Paris, is a cultural theorist (or ‘urbanist’, as he describes himself) best-known for his writings about war and its relation to history, architecture and culture. Virilio studied at the Ecole des Metiers d’Art and then began to specialise in stained-glass artwork. He studied phenomenology at the Sorbonne after his conscription into the army during the Algerian war of independence. Virilio began to collaborate with Claude Parent in 1963, and formed the ‘Architecture Principe’ group. He was nominated Professor at the Ecole Speciale d’Architecture by the students in 1968, and became its Director of Studies in 1973. His important works include Speed and Politics, War and Cinema, and The Information Bomb.

Posted by afoundation at 3:34 AM