Jordan Baseman: Can you describe your films for me and perhaps more importantly why you make them?

Ben Rivers: When I start shooting they are closely related to documentary, but they are not about facts. I'm not just documenting, I am of course recording actual people in their actual living settings, but I always think of that just as a starting point. it's a catalyst for what the film is actually going to be, which is only worked out while its being made and even more so while its being edited. By the time I'm at the editing stage I'm not thinking of the work as documentary, its become much more fictionalised. I'm doing so much construction, particularly with sound I'm transforming it into some other world which is somewhere between dream and fiction. 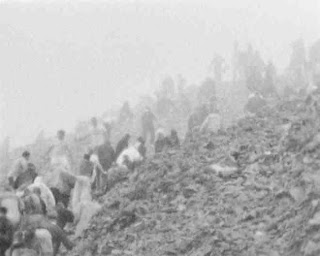 Jordan Baseman: I've looked at your work, some of it seems very portrait driven, would you use that word to describe it?

Ben Rivers: I would. I've talked about all of the films of people as portraits. but somehow I try and move away from just creating a portrait. I do hope that an element is still there in the finished film, but at some point in the film it moves away from being a portrait directly and becomes more about something else I've seen in that space. I want to be truthful to that person and sensitive to their way of life, but at the same time I'll discuss with them that the film is going to go off on tangents. for example with "Ah Liberty!" all the adults are left out, so that film becomes much more fictionalised and unlike what it's actually like to be there, but at the same time somewhere at its core, there's a portrait of a family.

Jordan Baseman: Does this "something else" really start to come through in the editing process?

Ben Rivers: That's when it starts to make sense. when I'm filming I try and make more than one visit and that's increasingly important. so I'll film than go home and look at what I've got, get a sense of what the film might become and then go back and do some more filming, responding to what I've already done. the editing is crucial, that's really where the work is made. the filming is the gathering material, it's the fun bit, the bit I enjoy the most, I get excited by the travel and the adventure - the work really starts when I'm back home. when what I've seen and experienced has been transformed into something else by the camera and will then undergo further adaptation.

Jordan Baseman: I totally understand that. Can you please tell me about making your films, how you find your participants and why you choose those people?

Ben Rivers: Generally I've found people through friends. The participants tend to be friends of friends and not that far removed from my life really, I spend quite a bit of time in the countryside therefore I get to know people who live out in the sticks and they know other people who live out in the sticks! As the films have grown I get recommended to people - you know, "there's a guy who lives 20 miles down a dirt track - you should go and visit him." 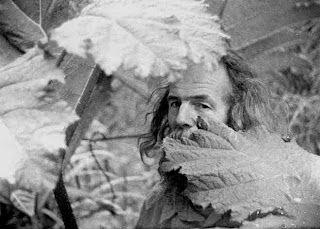 It's been a really natural progression, the whole thing started by accident really, with, "This Is My Land," I wasn't thinking about making portraits at all, I was making things in a studio without people and I suddenly felt the need to put people back in the work...

Read the rest of this interview and more in the Autumn edition of The A Bulletin, available at the A Foundation galleries and at selected bookshops and art spaces.
Posted by afoundation at 7:05 AM