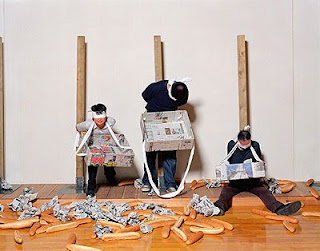 Punishment - When communication is wasted

DNA is proud to present for the first time in Europe Tatsumi Orimoto's Punishment. Following in the footsteps of the artist's "Communication Art", this performance also features bread as its main element. Orimoto often uses bread because of its fundamental and basic nature. However, he does not only use it as a symbol for universal communication - something to which everybody can relate - but also as an allegory for Western culture. In the occidental context bread does not only take on meaning as part of the diet of the population but also because of its symbolism in Christianity, where it represents the body par excellence.

With this background Tatsumi becomes in Breadman a sort of living sculpture, his head twined with a bundle of baguettes, who brings art to the people. Nevertheless, bread and its former mentioned function as a tool for communication take on in Punishment a more tragic nuance. Twenty-six blindfolded people, tied to a mast, are carrying a box full of bread. One after the other, each of them falls over, spilling the bread on the floor.

Tatsumi's performance may be referring to Japanese history. On the 5th of February 1597, during the Azuchi-Momoyama Period, the government crucified 26 Christian missionaries in Nagasaki. At the time, Christian missionaries, who initially had been accepted in Japan in order to restrain the influence of Buddhist monks and to consolidate commercial relationships with Europe, were perceived by Toyotomi Hideyoshi as a destabilizing force and therefore were persecuted. However, Orimoto seeks to disconnect himself from historical references in order to stress the universal and recurrent: the bread bearer, a prophet who carries a different message, is seen as a threat against the establishment and is repudiated and martyred. Thus his message spills, the box is empty, and communication fails. The message, as well as the bread, putrefies. 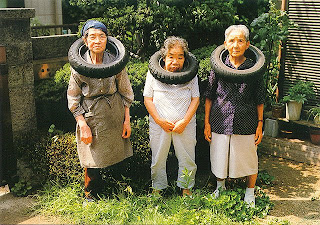 At the same time Punishment could also refer to Orimoto's private situation, especially to the lack of recognition his works has received in his own country, about which Tatsumi often complains. It is not new that the artist makes from his private issues a public matter. This is most evident in his project Art Mama, through which Tatsumi publicly documents the physical and mental decline of his mother, Odei, who has the Alzeimer disease and whom he takes care of since 1996. Through the bread that stays on the floor in Punishment we are witnesses from another decadence as well: the one from a wasted communication.

Tatsumi Orimoto (Kawasaki, 1946) studied at the Institute of Art, California. In 1971 he moved to New York, where he assisted Nam June Paik and was introduced to Fluxus. He returned to Kawasaki in 1977, where he currently lives and works, and takes care of his mother. His performance Breadman was shown in several countries in public as well as institutional contexts, such as the Biennales of Sydney, Sao Pablo and Venice. 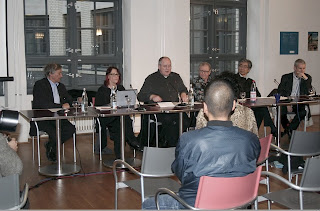 A panel Discussion was held on 2nd November at the Goethe Institut Berlin The dilemma of collecting art in times of dematerialization Organized by Galerie DNA and Valeria Schwarz.

Speakers: David Elliot, artistic director of the Sydney Biennial 2010, Jan Hoet, director of MARTa Herford museum in Herford, Fumio Nanjo, director of Mori Art Museum in Tokyo, Berta Sichel director of audiovisuals at Museo Nacional de Arte Reina Sophia in Madrid, Mark Waugh exective director of the A Foundation in London and Liverpool. The panel was chaired by Mark Gisbourne, who is based in Berlin and is part of the editorial board at ART.ES.