Although now rather well worn, the phrase ‘the personal is political’ continues to be relevant for contemporary artists, sinse it encapsulates the potential for an individual to represent, by example, such wider issues as cultural difference, historical context, sexual preference, racial differentiation and the transgression of gender roles.p79

Autobiography is a powerful genre for provoking empathy in an audience, and it can provide a direct way of speaking out against objectification and categorization. Autobiography implies an urge to communicate a personal narrative, whose intimacy can at times be shocking, to both productive and damaging ends.p84 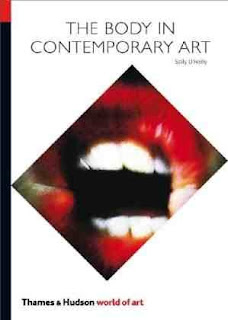 The body as a site of common physiological experience makes it an excellent tool for inspiring empathy. While autobiography, as we have seen, can be a way of appealing to our shared biographical or cultural experiences, it is notoriously difficult to pitch: the work must be neither overly didactic or emotive, nor so ambiguous that it is open to misinterpretation.p189-p190

Today[...]this insistence on the artwork as independent and self-contained has been almost entirely replaced by its opposite. Not only is the presence of the audience acknowledged, but the individual’s power to generate meaning is actively encouraged. The image of an impassive audience consuming static art infused with fixed meaning by an authoritative artist has given way to a reciprocal and conditional situation in which ambiguity scuppers meaning, so that the artist, artwork and viewer together negotiate an intellectual and sensory experience.p192,p193

In the West, too, a genre of participatory and socializing art has developed in response to perceived fragmentation within society, as members of communities have withdrawn from one another as a result of complex socio-economic and political factors.p194

Simon Pope holds the view that a person represents an active archive, producing, storing and reproducing information through his or her passage through society and ever-changing relationships with place. A number of his participatory performances recall the ancient connection between walking and remembering.

Posted by afoundation at 5:33 AM