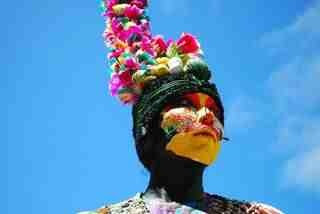 The multidisciplinary exhibition To–Be highlights works by 28 artists from Japan and Germany, who research spheres of common ground in the „Being and Becoming“ in both cultures. To–Be is a joint venture based on an open-minded concept by the artists Tatsumi Orimoto and Thomas von Arx. The exhibition is a collective working process between the artists without any instructions from a curator, to create space for developments and conversations reaching beyond the scope of an exhibition. Starting point of this project was a gathering of 19 younger and more experienced artists in the summer of 2009 in Tokyo, who portrayed renowned and emerging positions. The project gains a remarkable dynamic through the conjunction of very differently inspired societies and their individual perceptions of art. 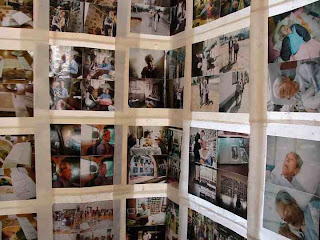 Art as a communication-engine is in this sense connecting and moving independent strategies of exchange and relations. This activating process is an essential aspect of the exhibition: creating an artist-driven „open stage“, that allows and develops inspiring collaborations between cultures, the arts, the artists and the audience. For this project the artists from Japan and Germany will get together in Berlin for two weeks in August. Among them internationally established Japanese artists such as Susumu Kinoshita, Masami Kondo, Tatsumi Orimoto, Chieo Senzaki, Tadayuki Shimada, and Mio Shirai