Daniel Pasteiner will be the first in a series of exhibitions examining contemporary sculpture through single presentations of UK-based artists at A Foundation, Liverpool.
The solo exhibitions shown over the coming months will work together to explore traditional notions of sculpture and its prevailing importance as a subject and discipline in contemporary art. The exhibitions will include works that are discrete sculptures rather than installations, but which challenge the idea of sculpture as just a static three-dimensional form, with works incorporating film, sound and living materials. 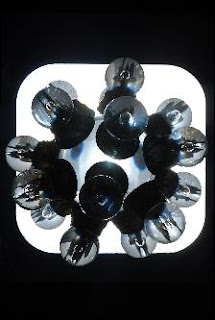 Daniel Pasteiner opens the series with this, his first major solo show in the UK. Pasteiner graduated from the Royal College of Art in 2007 and was included in Bloomberg New Contemporaries of the same year. He has been included in several group shows in London, most recently ‘Ventriloquist’ at Timothy Taylor Gallery, curated by Emma Dexter. 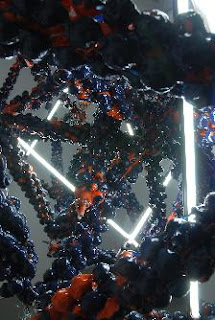 Pasteiner describes himself as a painter, creating specific viewpoints of his work through the integration of cameras or projecting images on the surrounding surfaces. Combining recognisable objects, such as snowglobes or domestic lamps, with abstract painted forms, Pasteiner’s work exists “between image and object, abstraction and readymade”.

Posted by afoundation at 4:42 AM