Works about performance made for the camera's moving image or audio equipment's sound. This exhibition explores how performance can be mediated by film and will attempt to question what constitutes a performance and how a film or recording of this can reach beyond documentary practice. Athanasios Argianas has been preoccupied with the possibilities and limitations of transferring the structure of language.
Elements of one language are separated and used to form the base for another. 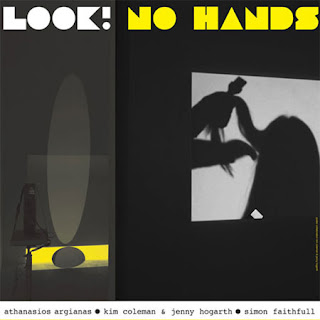 Kim Coleman & Jenny Hogarth present documentation of their performances and interventions. The artists often use light as a medium and a subject, working with projected video and lighting apparatus to produce illusionistic or theatrical results.
Simon Faithfull’s ideas can be described as an ongoing investigation into the incomprehensible scale of the earth as an object. Faithfull will exhibit an early video piece, ‘Going Nowhere’ 1996, a pivotal work which prefigures camera experiments such as '30Km' 2003 or interventions such as 'Shy Fountain’ - a fountain that only exists when no-one is there'

Posted by afoundation at 1:52 AM