Modern Art Oxford’s spring exhibition, Transmission Interrupted, looks at how contemporary artists disrupt prevailing forms of registering and representing the world. With sculpture, painting, photography, film and performances by over fourteen artists working internationally, the exhibition suggests art’s ability to make visible and audible what remains unseen and unheard at a time when free speech and democracy are invoked as universal values to which we can all subscribe. Transmission Interrupted includes new and recent work presented for the first time in Britain. It will take the form of an exhibition presented throughout the galleries at Modern Art Oxford, performances, screenings and talks in public venues around Oxford and fully illustrated book designed by Åbäke. 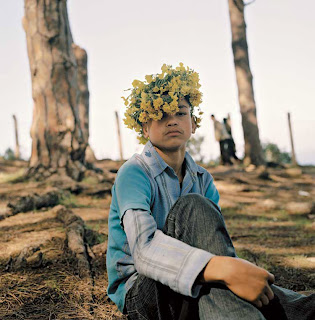 Many of the works in the exhibition are poetic testaments to events and experiences that have a passing and, in some cases, recurring presence in the public domain. Adel Abdessemed’s Practice Zero Tolerance (2006) a burned-out car fashioned from black clay is a mute witness to the riots that took place in the working-class districts of Northern Paris in 2005. Sislej Xhafa’s installations and performances render visible experiences and relationships that are barely recorded. His live performance piece elegant sick bus (2001/9), which involves a group of men pushing a mirrored tour bus through the streets, draws a parallel with the burden imposed by tourism on local
populations. 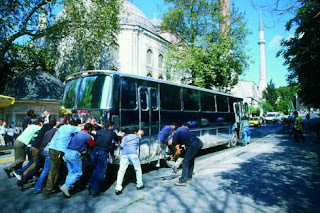 A number of artists in the exhibition offer meditations on fleeting realities in cities and their inhabitants, which are at odds with the impacts of globalisation and heightened public fears and prohibitions. Simryn Gill’s assemblages of found materials to create replicas of our material world and her photographic projects eloquently map the in-between spaces of borderlands and margins. Jem Cohen’s mesmeric film, NYC Weights and Measures (2006), documents New York street life at a time when filming in the city is becoming increasingly controlled due to national security concerns. 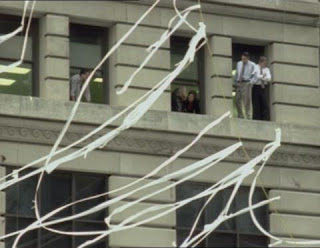 Suzanne Cotter, one of the exhibition’s curators said: “Transmission Interrupted is about what remains visible and what disappears from view in a world of constantly shifting social, political and ideological values. It reinforces the power of art to occupy the realms of the visual and to alter viewpoints with intelligence and aesthetic subtlety.” 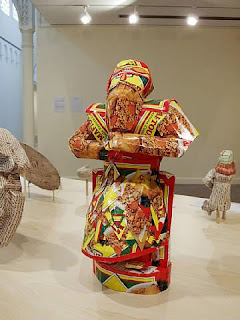 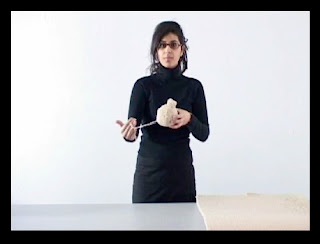 Transmission Interrupted is curated by Suzanne Cotter, Senior Curator, Modern Art Oxford and Gilane Tawadros, independent writer and curator, and is on show until 21 June 2009.